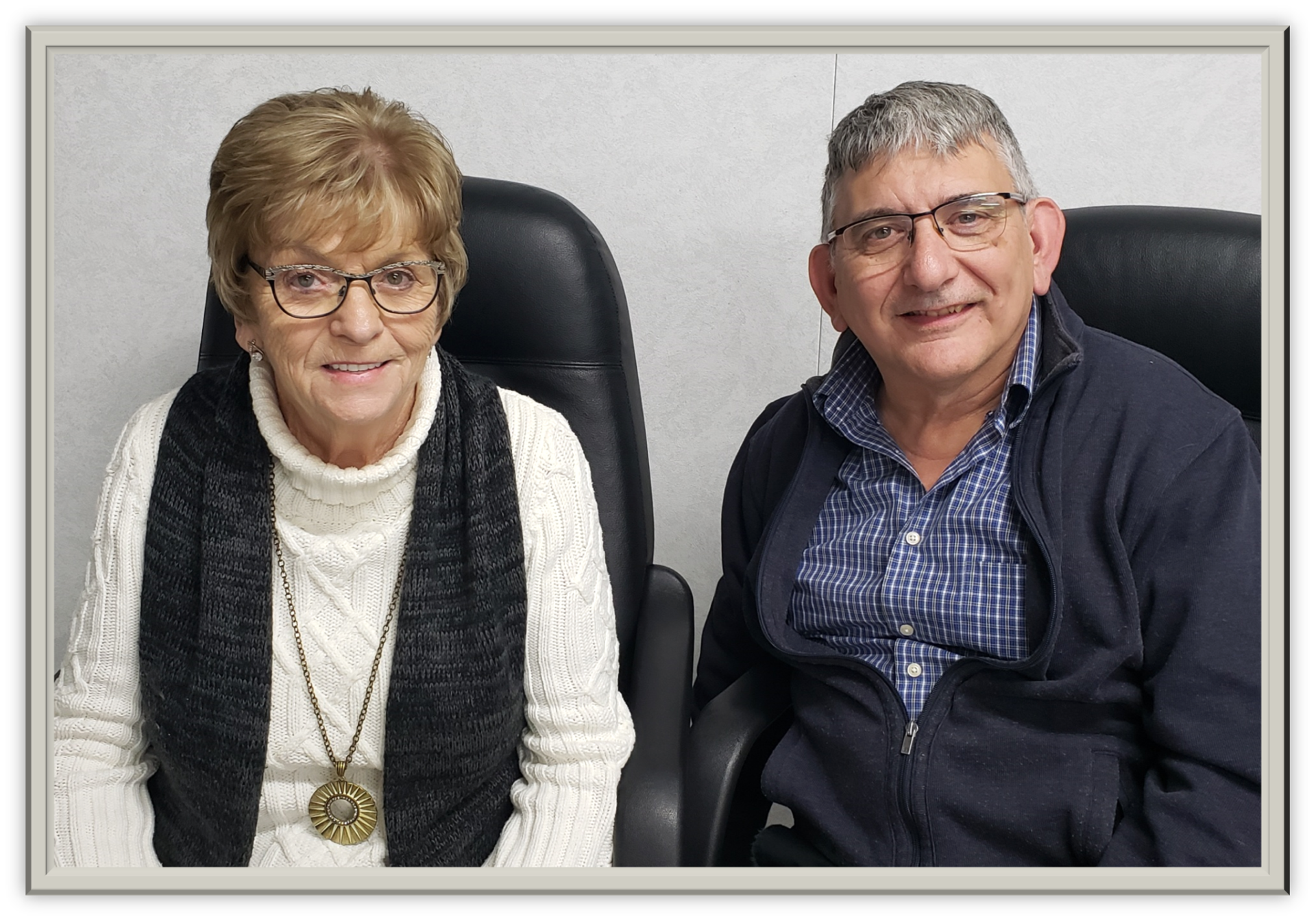 Devona lives in the town of Moosomin and represents subdivision one.  Devona retired from teaching in 2014 and has been a substitute in the South East Cornerstone Public School Division up until becoming a school board trustee.  During her teaching career, Devona has been a classroom teacher, school-based administrator, and has experiences from early years to high school.  She was able to teach in Mongolia and India through the Saskatchewan Teachers’ Federation and Canadian Teachers’ Federation.  In retirement, temporary contract work has given her an opportunity to teach within every school in subdivision 1.

In her spare time Devona is a baker, gardens, golfs, volunteers, cheers for the Riders, and spends time with family.  She is originally from Churchbridge, and still substitute teaches in the Good Spirit School Division.  Devona is a member of the provincial board of the Superannuated Teachers of Saskatchewan, is chairperson of Age Friendly - Moosomin, and is a facilitator for a grief support group. She looks forward to working with the Senior Leadership Team and the other members of the school board to ensure success and achievement for every child in every school. 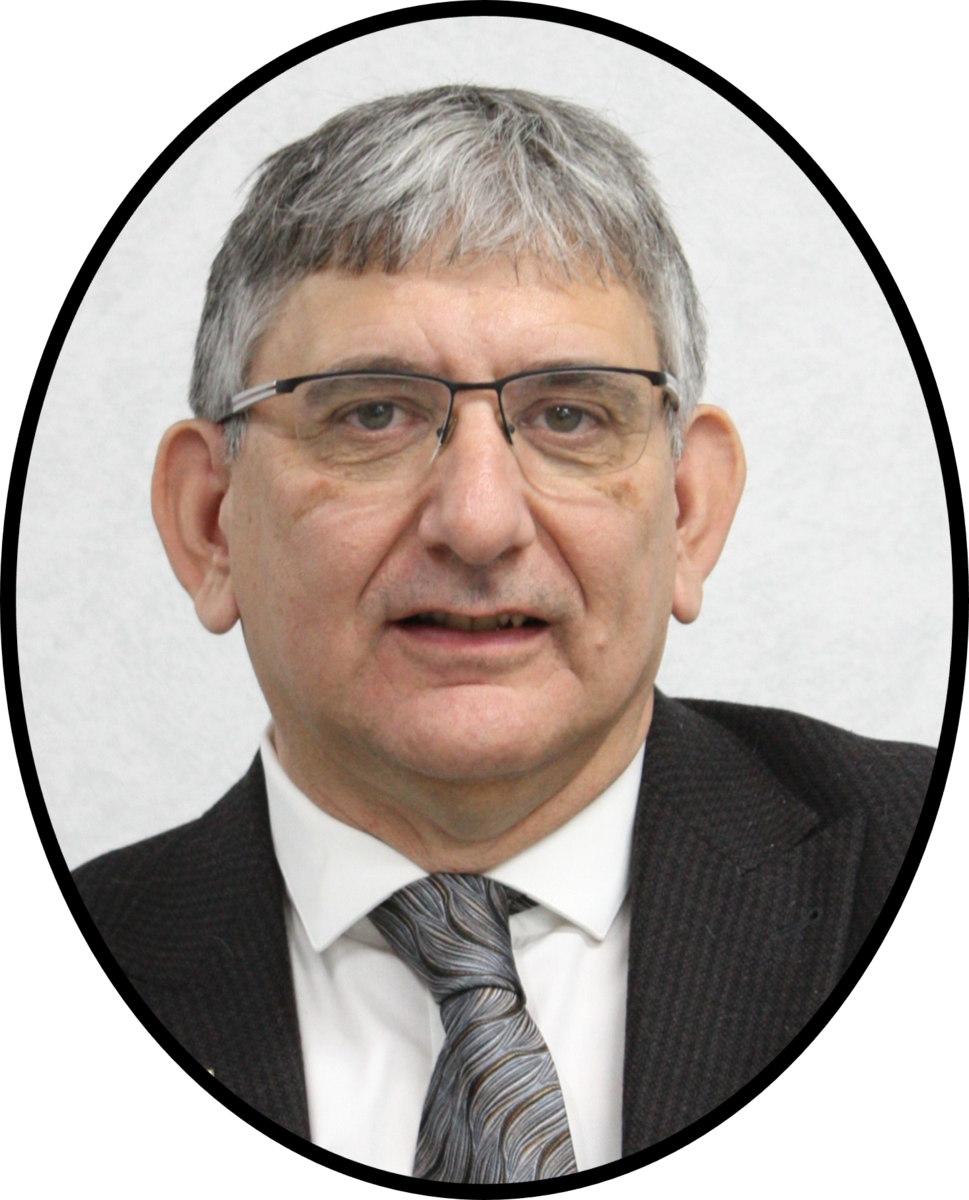 Jim lives at Kenosee Lake and represents sub-division 2. He graduated from the University of Saskatchewan with a Bachelor's degree in Education and taught for 8 years. He then went back to school and obtained his professional Certified General Accounting designation in 2002. From 2000 until his retirement in 2018 he was a partner in the public accounting firm of Siever, Vermeersch and Fonstad, Professional Accountants in Estevan.  This is his second term on the School Board having completed his first term representing the City of Estevan.

Jim has been a community volunteer for many years in minor league baseball and the church. He served on the board and as President of the Provincial Accounting Association as well as on the board of the Southeast College. He is presently a councillor for the village of Kenosee Lake.  Jim has been a proud member of the Lions service organization for most of his adult life and has served on the executive at many positions at both the local and district levels culminating in being District Governor for southern Saskatchewan for 2019-2020.

Jim is married to Heather who is a retired teacher. They have a son Brad and daughter-in-law Larissa who live in Toronto and are both lawyers. They also have a grandson Teddy who they love to visit with whenever possible.

Jim looks forward to working together with the senior leadership team and other board members of SECPSD to maintain the high educational standards that currently exist within the school division. 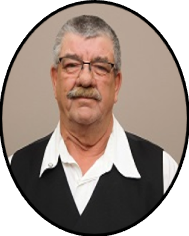 Jim represents Subdivision 3.  He lives on a farm near Gainsborough with his wife Marilyn where they have retired from farming.  Jim has three grown children and seven grandchildren.  Jim was a member of the school board in the Oxbow Division when his girls were in school.

Jim now takes an avid interest in all the sports and activities his grandchildren participate in.  Each summer Jim likes to spend time at the cabin at White Bear.  He also enjoys doing small carpentry projects. 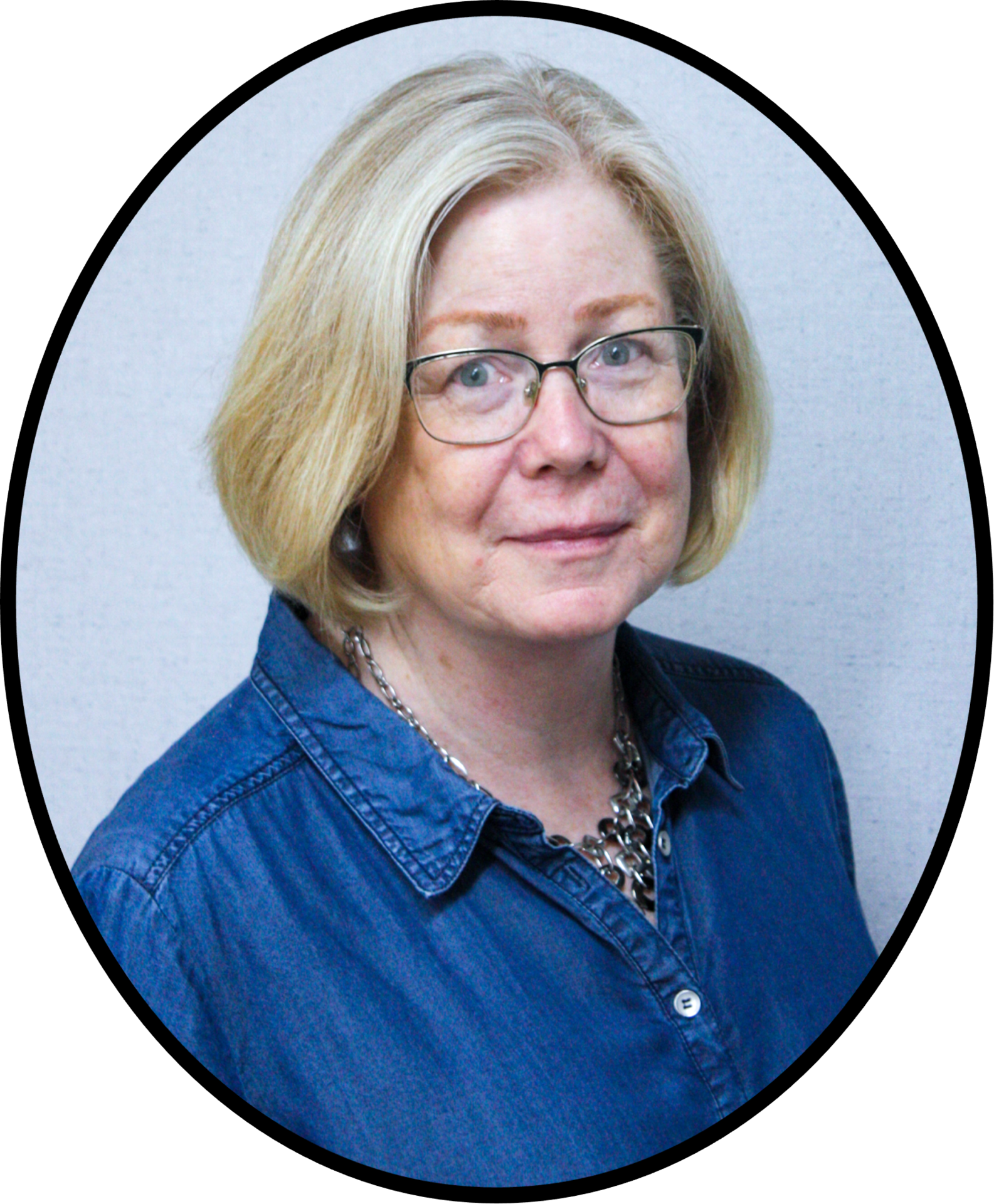 Tami Scott has been acclaimed in sub-division 4 for her first term on the SECPSD Board of Education.  She lives in the community of Oxbow with her husband Ian.  Her daughter Ali is a human resources officer in La Ronge, and her son Mason is finishing his diploma in agri-business.  Both children graduated from OPHS and attended University of Saskatchewan, where Tami also attained her Bachelor of Commerce.  Her career has taken her from the Royal Bank, to the Federal Government, and then to Spectra / Affinity Credit Union where she was VP of Marketing and Human Resources for 24 years.  She semi-retired in 2015 and has held the role of Community Development Officer for the Town of Oxbow and the RM of Enniskillen during that period.

Tami's community involvement started long before taking on this paid role.  While her children were home, she and Ian were actively involved in the boards for their activities.  She has held local, provincial and international roles while involved in a fraternal organization.  She chaired the New School Fundraising Committee that was successful in raising $1.2 million for add-ons to the construction of OPHS in 2011.  Tami was both Secretary and Chairperson during her term on the Board of Envision Counselling and Support Centre.  She is currently Chairperson of the local swimming pool committee and is Secretary for the Oxbow & District Recreation Board.

Tami is looking forward to working with the School Board and the Senior Leadership Team to ensure a quality and equitable education for the students within the division. 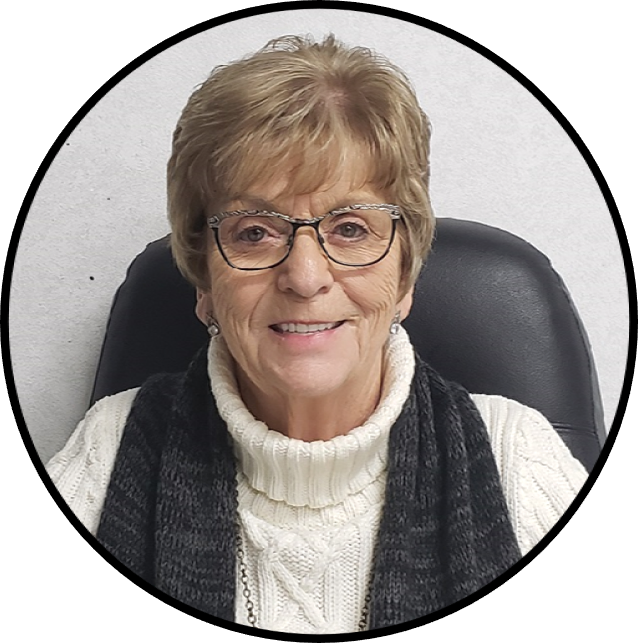 Audrey was born in Tisdale, Saskatchewan and raised in the Clashmoor district (Audrey Stevenson). She attended Girwood School to Grade 9 and received her High School education in Tisdale. Audrey married Mel Trombley and they have two sons and one daughter. They moved to the Weyburn area in 1966. In 1981, Audrey entered municipal work. She graduated from the Local Government Administration program in 1983, and worked as Assistant Administrator in the RM of Estevan where she completed her training in rural government. She obtained her Rural C Certificate in 1984 and remained in Estevan until she moved to the RM of Griffin as Administrator in 1985. She obtained a Rural Class A in 1987 and a Superior Certificate and a Certificate of Business Administration in 1993. In 2002, she completed the Trustee Development Program (TDP) through Humber College in Toronto, Ontario. Audrey served as Director of RMAA from May 1994 to May 1998. She held the position of Administrator for the Rural Municipality of Griffin from 1985 until retirement in December 2011.  Since then she has provided training to administrators in the R.M.'s of Cambria No. 6 and Souris Valley No. 7.  In addition, Audrey was appointed to the Sun Country Health Board in May of 2012 and served as a board member until July of 2016.

Audrey is committed to the success of students, and has great respect for those who serve the students of our schools. 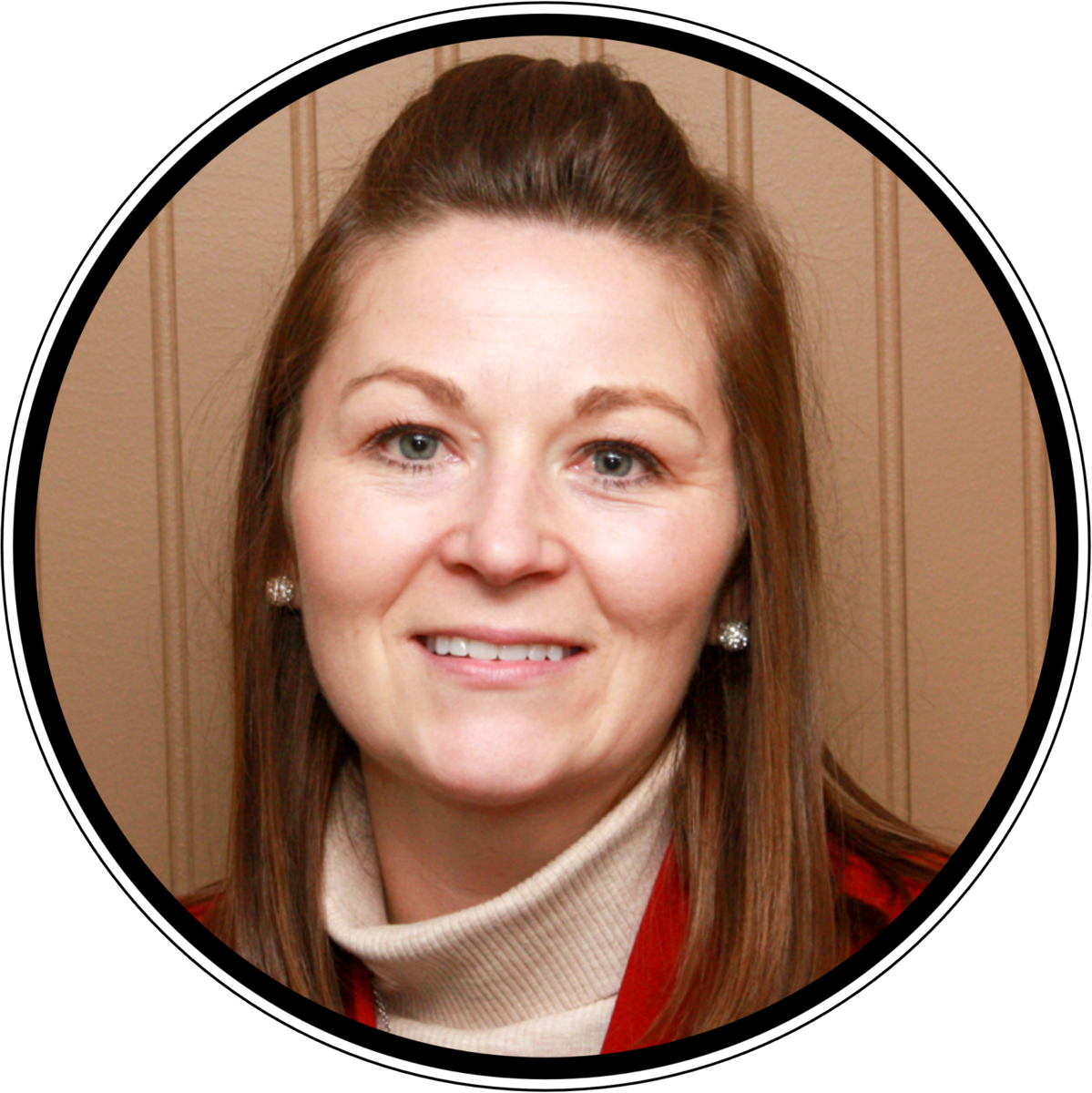 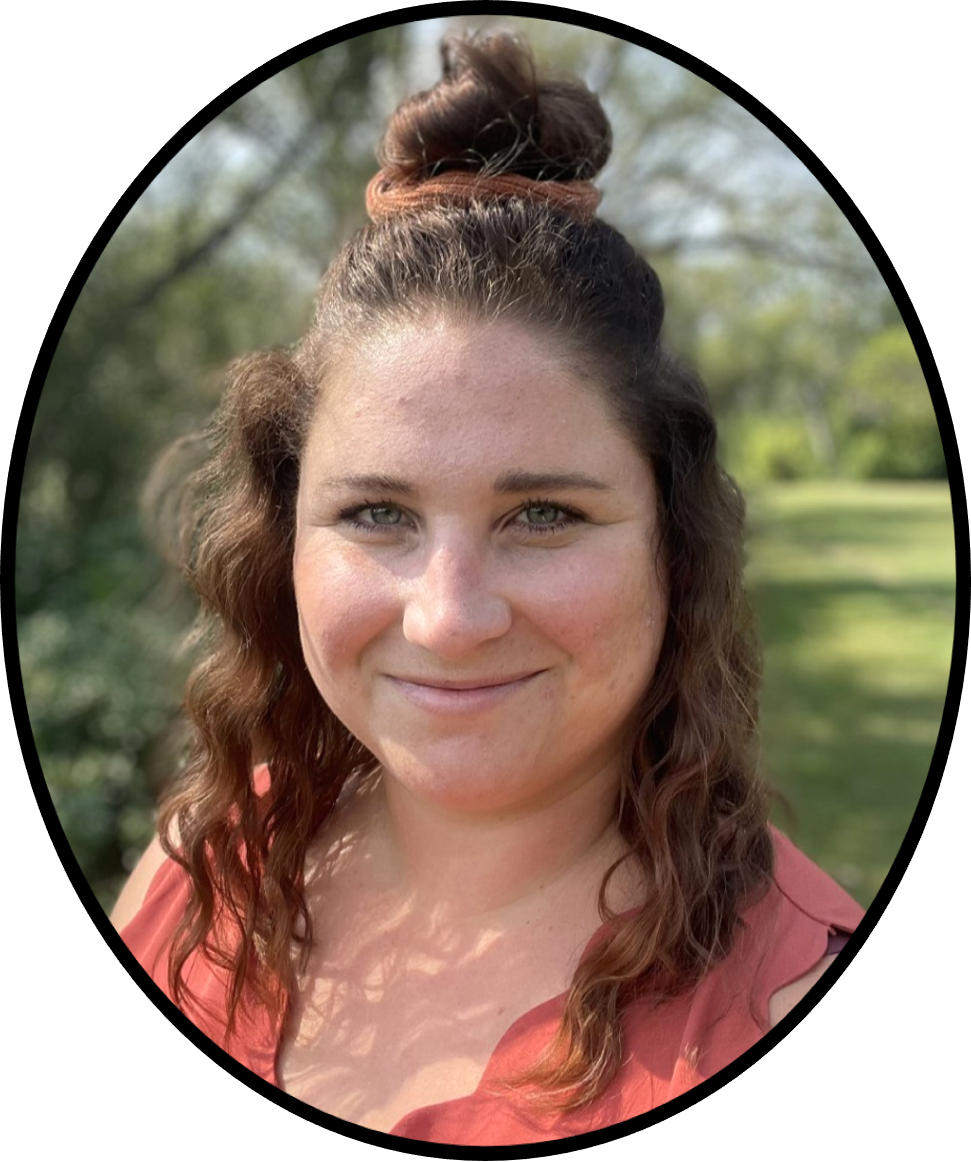 Megan Schick has called Weyburn home for the past six years. She is raising two young daughters with her husband Mason. She was born and raised in Estevan and pursued her post-secondary education at the University of Saskatchewan.

Megan graduated from the University of Saskatchewan with a Bachelor of Science in Kinesiology and a Bachelor of Education. Megan worked in the Saskatoon Public School system for the first two years of her teaching career, before having children. Megan is now part of the Weyburn Homeschool Community and teaches her daughters from home. As an active member of the Weyburn Homeschool community Megan plans large group activities such as writing workshops, physical education classes, and STEM workshops. The homeschool population is consistently growing and is an important umbrella of public education. Megan brings working knowledge of both the classroom and home education realms.

Megan has volunteered in the Weyburn community in a variety of capacities She served three years as treasurer for the local Ducks Unlimited Chapter and is in her second season as a volunteer coach for Weyburn Hurricanes Waterpolo Team. Megan is active in the Free Methodist Church and volunteers with WFMC’s Children's Ministry. Megan is also a member of the Weyburn Wildlife Federation.

Beyond her teaching and volunteer roles, Megan enjoys quilting, crafting and reading. She loves being active outside with her family and her fur babies–two English Springer Spaniels. You can find Megan out and about in every season–canoeing, biking, rollerblading, fishing, hunting, snowshoeing and cross-country skiing. 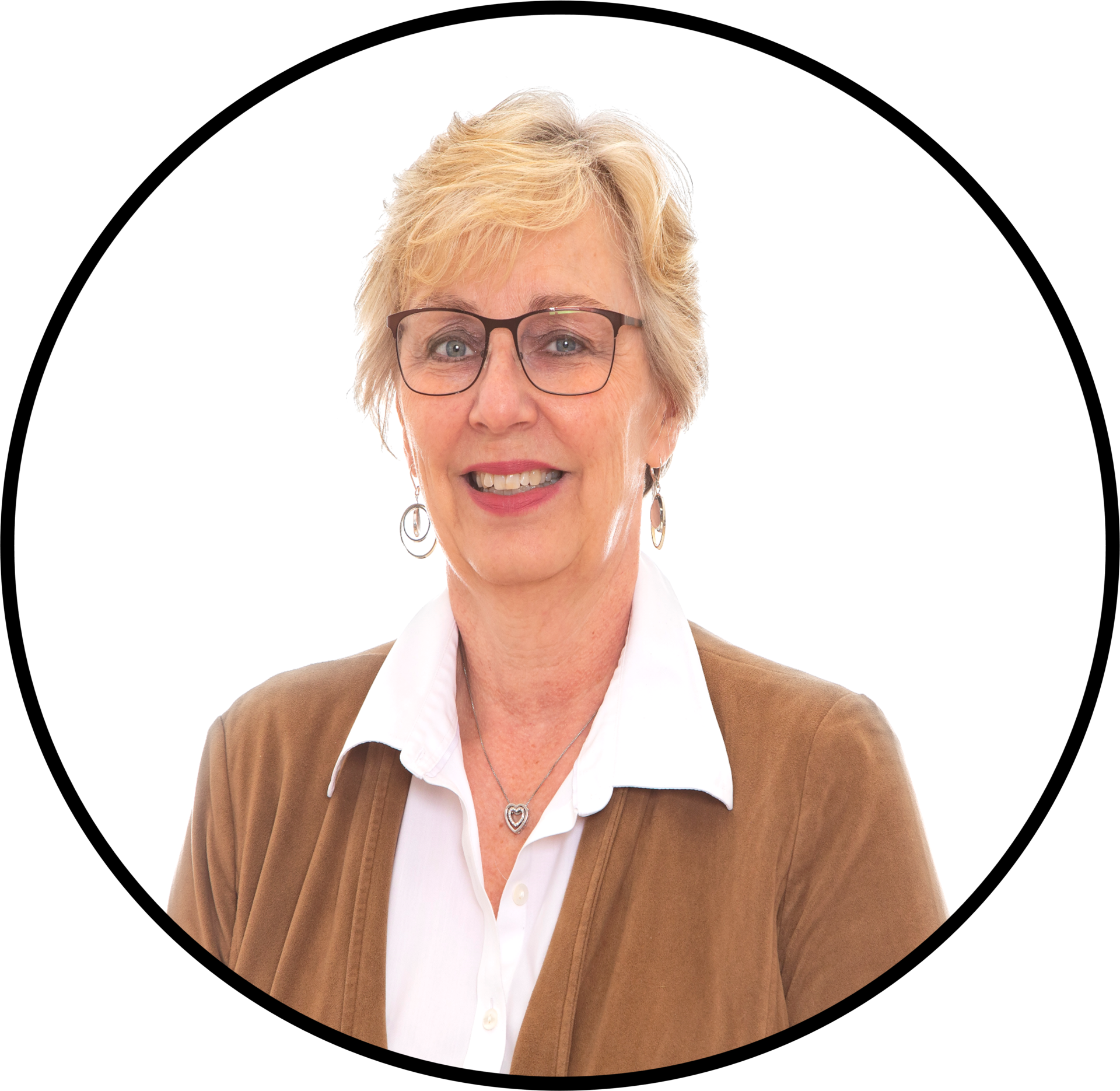 Norma Hewitt-Lendrum is one of the two representatives for the City of Weyburn.  Raised on a farm in the Saskatoon Area, Norma attended the University of Saskatchewan obtaining a Bachelor of Arts in Sociology and an Advanced Bachelor of Arts in Public Administration.

Moving to the Weyburn area in 1987, she has worked at the federal government as a Labour Market Information Analyst, an Employer Services Counsellor and an Employment Counsellor.   During this time, she received extensive training in human resources, employment counselling and in facilitating a course in working as a team.  Norma then went into the computer sales and services business with her husband.  During this time, she taught classes in several areas of computers and software to classes and one-on-one.   They also owned and operated a business mall.

Since 2012, Norma has been employed by the Saskatchewan Assessment Management Agency as an appraiser and has obtained a Certificate in Real Property Appraisal from the University of British Columbia, become a licensed appraiser and obtained a high-level industry accreditation.  Her interest in education has been evident throughout her work career.

Norma, her teacher husband, Wilfrid Lendrum, and two adult sons all live in Weyburn.  Over the years, she has been involved with the Weyburn Chamber of Commerce, Quota Club, Rotary Club and organizing committee of the off-leash dog park.   Her personal interests include researching her family ancestry, reading and growing gourmet mushrooms. 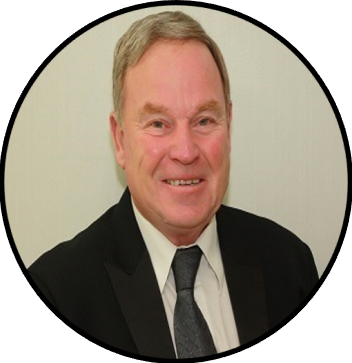 Kevin represents the City of Estevan. Kevin has worked as a maintenance supervisor for South East Cornerstone Public School Division and the City of Estevan for the majority of his career. AS the maintenance supervisor for SECPSD Kevin worked out of Arcola, Oxbow and Estevan offices, therefore working in the majority of the schools in the division. Kevin with his wife Brenda also owned and operated T.K. Trailer sales in Manor. The business was sold in 2014 and Kevin and Brenda are now retired. Kevin was also the previous owner of Aqua Soft Water Softeners in Estevan. Kevin has completed his Professional Directors Certificate (Pro Dir) as well as maintaining his power engineer and refrigeration papers.

Kevin has been married to his wife Brenda (Kuntz) for 48 years and has two grown children as well as five grandchildren. Michelle works as a continuing care assistant as well as office admin in health care. Michael works at Estevan motors as a sales/finance consultant. Both Mike and Michelle reside in Estevan. Kevin and Brenda also reside in Estevan having moved in from Manor.

For hobbies Kevin paints water colors as well has his other passion stained glass. Kevin and Brenda's favorite pastime is camping, playing cards and spending lots of time with family and friends. Kevin is active in sports such as golf, curling ,swimming and cheering on those Riders, Flames, and Blue Jays.  Driving the old 1955 Lincoln is another great pastime of his. 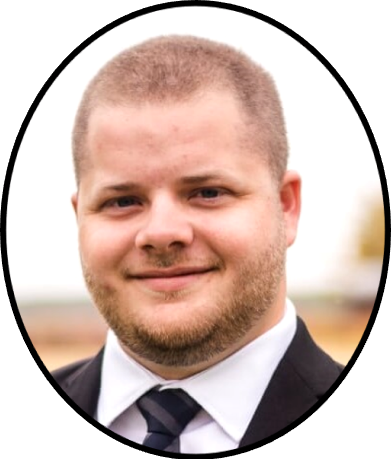 Eric McCrimmon was raised near Meadow Lake, Saskatchewan, graduating high school in 2014. He attended the Edwards School of Business at the University of Saskatchewan, graduating with a Bachelor of Commerce in Operations Management in 2018. During university, Eric primarily worked in the security field, however he also did a co-op program with Cameco, working in procurement for 8 months. After university Eric sought employment in the federal public service and in January 2020 he moved to southeast Saskatchewan to begin working in North Portal as a Federal Public Servant. Eric is one of two Trustees to represent the City of Estevan.

Throughout university, Eric got involved in various clubs both on campus and within the community. It is incredibly important to him to be involved in whatever community he is living in. During university Eric took a non-profit governance course and sat on the board of the Saskatoon Food Bank and Learning Centre for a year. During this course, he got to experience how a well organized non-profit board operates and learn how to be a board member on a governance board. Eric considers this experience to be directly related to working as a Trustee with the SECPSD. Eric strives to be a lifelong learner and learning how to represent the residents of Estevan within the SECPSD was the next logical step for him.